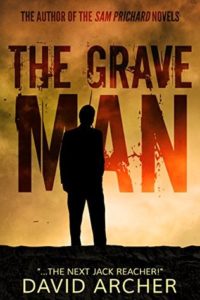 Sam Pichard was a cop, yes was a cop. He was good cop only till he got those bullets in his hip during a police raid. After that accident he got compulsory medical retirement. So he spends his rest of life at his home by taking treatment. As his wife left him after an year of his marriage he is staying alone in his big house. He pass the time by helping his neighbors. After an year an old lady request his help to rescue her grand daughter who was taken by her dad and never returned. Sam tried to help her to find her grand daughter. He started investigating on his own. Later he notes that to move further he need a hacker who is capable of hacking email accounts. So he gave advertisement and got Indie a young mother with a kid. As she is staying on her car with her kid, Sam helped her staying with him in house as an exchange of help.

The rest of the novel continuous as how Indie and Sam finds the missing girl. At one stage they found the girl. But it leads to another problem. The novel ends how Sam solves the rest mysteries and saves Indie and daughter.

It’s a fiction novel by David Archer. It’s a simple novel for whom are interested in action and thrill oriented novel. Also this is good novel to start the reading habit as it is in simple English to read and understand. 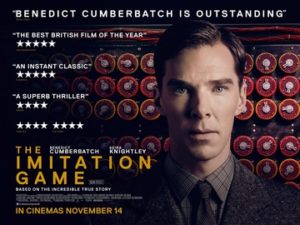 It’s a 2014 American movie based on a real story of Alan Turing, happened during second world war. It’s about the life of mathematician who helped to crack the encrypted messages sent by German military to their on ground team on the strategies. Until it was decrypted it was so tough to the British military to defeat Nazis in the war fields. Later Turing invented a machine which can decrypte the encoded messages on the fly which is one of the main reasons behind British success in WWII.

The British government kept this as high level secret for another 50 years and later revealed. In between that Turing was accused of homosexual crimes and punished. By that it was against the British law.

The movie has been made in very interesting and thrilling way. One of the major area I love a lot is science portion and the love between Turing and Clarke. No wonder the movie won the academy award for best adapted screenplay.